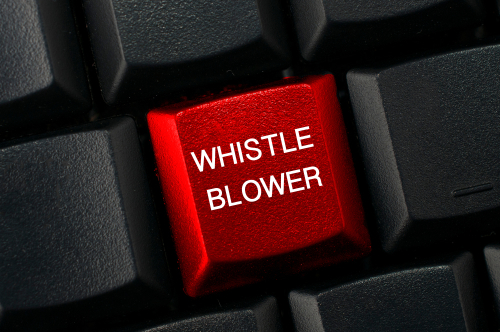 OSHA recently announced it redesigned the website for its Whistleblower Protection Program which is found at https://www.whistleblowers.gov/

The website now includes a video that highlights the industries the program covers and provides essential information about the rights and responsibilities of employers and employees such as filing deadlines. END_OF_DOCUMENT_TOKEN_TO_BE_REPLACED

Most employers with more than 10 employees are required to keep a record of serious work-related injuries and illnesses. However, minor injuries requiring only “first aid” generally do not need to be recorded.  OSHA’s definition of “first aid” is a complete listing of all treatments considered first aid.  END_OF_DOCUMENT_TOKEN_TO_BE_REPLACED

Although there is no specific standard generally covering distracted driving, OSHA has made clear that the general duty clause may apply. Indeed, OSHA has stated that more workers are killed each year in motor vehicle crashes than any other cause. However, despite this finding, many businesses do not have formal distracted driving policies.  END_OF_DOCUMENT_TOKEN_TO_BE_REPLACED

In Will Smith’s hit movie, I, Robot set in 2035 robots were allegedly governed by the Three Laws of Robotics which were originally created by Isaac Asimov. The first law states, “[a] robot may not injure a human being or, through inaction, allow a human being to come to harm.” This law is not followed in the movie (or at least only a very strained interpretation of it) by certain robots and Will Smith needs to come to the rescue of humanity.  END_OF_DOCUMENT_TOKEN_TO_BE_REPLACED

According to a recent report by Bloomberg Law, OSHA used camera-equipped drones for nine inspections so far in 2018. The Bloomberg report cites to OSHA guidance that indicates the drones were often used at worksites following an accident where it was too dangerous for CSHO’s to enter or be nearby and included an oil drilling rig fire, a building collapse, a combustible dust blast, an accident on a television tower, and a chemical plant explosion. Needless to say, the use of drones and likely increase of such use in an OSHA inspection raises some novel issues that need to be considered by employers. END_OF_DOCUMENT_TOKEN_TO_BE_REPLACED

Some may remember in 2008, OSHA issued a general duty citation against a national retail store when one of its employees was knocked to the ground and crushed by a crowd of about 2,000 shoppers surging into the store for a holiday sales event. Of course, OSHA does not need a fatality to issue a general duty citation.  END_OF_DOCUMENT_TOKEN_TO_BE_REPLACED

The Angelica Textile case had been kicking around OSHA for almost ten years before it was decided by the Occupational Safety and Health Review Commission on June 24th by a 2-1 vote with Commissioner James Sullivan,[1] the newest member of the Commission, casting the deciding vote.  The case provides guidance on how to avoid stiff penalties for repeat violations while emphasizing the proactive steps employers can take to keep their employees safe from recognized hazards.

Before this case was decided, OSHA asserted that in order to meet the “substantial similarity” standard to prove a repeat citation, all it had to show was that the same type of equipment or the same process or the same regulation was involved in the current case and a prior violation at any other company facility.  OSHRC now says that evidence of substantial similarity can be rebutted if the employer demonstrates “disparate conditions and hazards associated with these violations of the same standard.”  A welcome development for businesses.

While that alone is helpful, the Review Commission also opened the door for employers to defend a repeat citation by showing the abatement actions they took.  Here, the Commission is open to more nuanced than the rigid application of any test.  In Angelica Textile’s case, the prior citation identified “critical deficiencies” in the Company’s compliance program.  The Company’s abatement efforts “actively sought out and eliminated similar hazards.”  The new citation involved the same standard, but it did not involve a comprehensive failure.  Rather, the current citation identified only two discrete deficiencies in the Company’s established safety program.  The Company’s procedures, coupled with surveys that had been completed for each machine, and the Secretary’s prior acceptance of the Company’s abatement method, allowed the Commission to conclude that the Company “took affirmative steps to achieve compliance and avoid similar violations in the future.”  That was sufficient to allow the Commission to conclude that a repeat citation was not warranted.

Most businesses that manufacture a product have a history of some minor OSHA violations that no one likely thinks about anymore.  That history could come back to bite.  This issue is more pronounced with businesses with multiple locations.  Since repeat citations now carry a fine of up to $129,336, the Angelica Textile case offers employers a roadmap of actions they can take today to avoid serious fines the next time they have an OSHA inspection at any of their facilities.  Now, Angelica Textile provides potential relief to companies that can demonstrate they implemented strategies to both abates the immediate condition but also implemented protocols to help identify future ones.

Our attorneys have a long history of addressing workplace safety concerns and have helped employers design compliance efforts to avoid having unfortunate events in past history come back to hurt otherwise excellent safety efforts.  They would be happy to consult with your company on how to turn the Angelica Textile case to your advantage the next time OSHA comes to visit.

John S. Ho
John S. Ho exclusively represents employers in labor and employment matters including but not limited to safety and health matters under OSHA and similar state law plans. John also defends employers in the numerous retaliation statutes enforced by OSHA. Prior to joining Cozen O'Connor, John was a prosecutor for the United States Department of Labor, Office of the Solicitor where he enforced OSHA among other federal statutes. John serves as the chair of Cozen O’Connor’s OSHA practice area. His complete bio can be reviewed here.